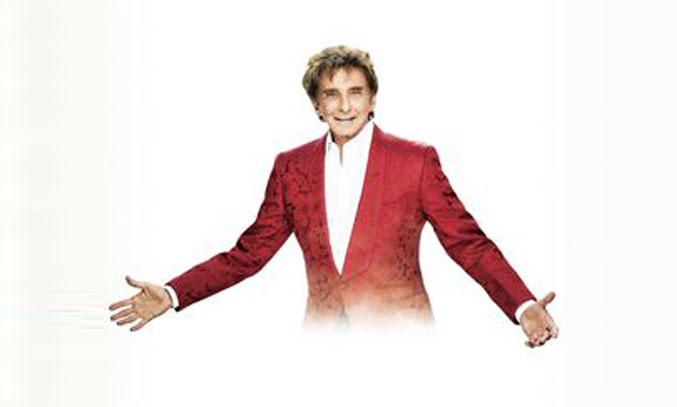 Grammy, Tony and Emmy award-winning pop superstar Barry Manilow may be the grand old age of 75 but the old school crooner can still pull off one hell of a show.

With a career spanning more than 50 years, few performers can boast the success or popularity of Manilow. Encompassing himself in virtually every area of music from performing and composing to arranging and producing, the ballad-belting legend has remained a failsafe on the live music scene, with worldwide record sales exceeding 85 million, countless tours and two hugely successful Vegas residencies to his name.

Manilow’s latest tour – ONE LAST TIME – sees him perform songs from his extensive back catalogue to a UK crowd for one last time. Bounding onto stage dressed in a three piece suit and black shirt, Manilow is full of energy and pizzazz as he greets the crowd with smiles and kisses for the opening number IT’S A MIRACLE, his 1974 hit accompanied by a stunning band and backing singers.

Building on his residences in Las Vegas, Manilow’s final show is very much about audience-participation with the New York native involving the crowd in almost every song. The lyrics of crowd pleaser CAN’T SMILE WITHOUT YOU is projected onto a large screen as Manilow’s leads the audience in a rousing karaoke singalong. Glow sticks handed out at the doors are also waved during the fun-filled BERMUDA TRIANGLE and a fabulous disco version of Frankie Valli’s LET’S HANG ON.

The tone slows down for the first ballad of the evening, THIS ONE’S FOR YOU, played in tribute to Manilow’s Grandfather who first encouraged him to sing when he was just five years old. The nostalgic feeling continues for big ballads like LOOKS LIKE WE MADE IT and WEEKEND IN NEW ENGLAND, both sung as smooth and effortlessly as ever. It’s clear here that Manilow certainly hasn’t lost his voice as he seamlessly glides through the classics with all the ease of a finely-tuned cabaret.

Yet, despite his efforts to mix things up, not everything works as well as expected. A bizarre video sequence in which the audience put on 3D glasses to see Manilow fly through the skyline of New York City feels oddly out of sync with the rest of the show and occasionally, a questionable hip thrust is thrown into some of the upbeat numbers, with mixed responses from the audience.

That said, there are a few surprises including a live video clip of Manilow performing MANDY for the first time and a comedy tussle with his younger self for COULD IT BE MAGIC. The Manchester audience also played witness to a special presentation from the Royal Northern College of Music who awarded Manilow a Fellowship for his contribution to popular music.

The show ends on a high with the popular I WRITE THE SONGS resulting in a standing ovation from the audience who stay on their feet for the theatrical roof-raising COPACABANA finale as multi-coloured streamers shoot across the crowd and the curtains finally close.