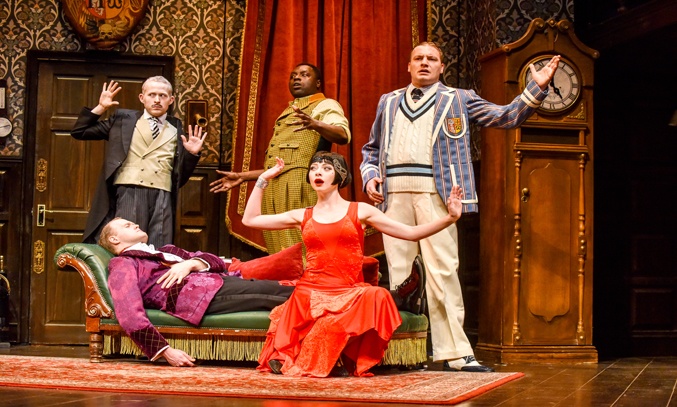 Anyone who has delved into the world of Amateur Dramatics will know that things don’t always go to plan but for Cornley Polytechnic Drama Society, when they go wrong, they go spectacularly wrong!

Described as FAWLTY TOWERS meets NOISES OFF, THE PLAY THAT GOES WRONG follows the fictitious Cornley Polytechnic Drama Society as they stage their most ambitious show yet – an Agatha Christie-style murder mystery called Murder at Haversham Manor. But as the title of the show suggests, everything that can go wrong does go wrong. As the dodgy set starts to collapse, props go missing and clumsy actors miss their cues, the accident-prone thesps must battle on against all the odds to reach their final curtain call.

It’s pretty clear from the moment you enter the theatre that you’re in for a hilarious treat with THE PLAY THAT GOES WRONG. As desperate members of the backstage team search the aisles for a missing dog, a stagehand enlists an unsuspecting audience member to help repair parts of the set. Even the programme notes set the scene for what is to follow so when the ‘play within a play’ finally does begin, it does so with a bang. 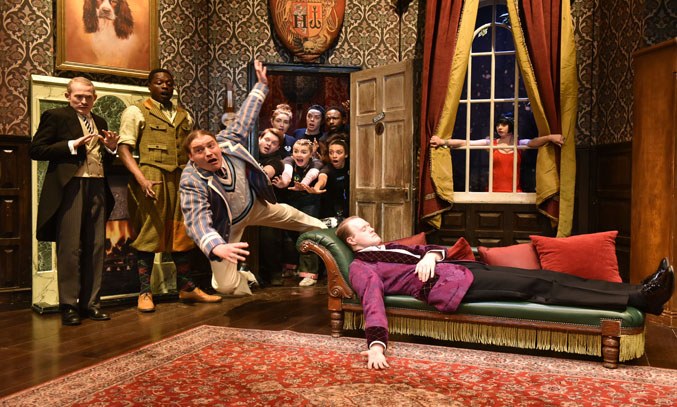 You’d be forgiven at this point for thinking that an entire play whose humour is based on mishaps, incompetence and mayhem could wear a bit thin but you couldn’t be further from the truth. Here, writers Henry Lewis, Jonathan Sayer and Henry Shields, together with Director Mark Bell, deliver a masterclass of comedy that will have you crying with laughter. THE PLAY THAT GOES WRONG is a full-on classic farce, with lashings of slapstick comedy, witty jokes and a snappy script to boot. Add in the masterly timing of the incredibly talented cast and it’s easy to see why this razor-sharp comedy has won so many awards.

The success of the production undoubtedly lies in its talented cast, all of whom are excellent, particularly Jake Curran as Chris, the very stressed Director who also performs as Inspector Carter. His rapport with the audience is wonderful and his response to a heckler resulted in some of the biggest laughs of the night. Understudy David Kristopher-Brown also stands out for his hilarious performance as Robert/Thomas Colleymore, in arguably what is the most physically demanding of all the roles.

But the real star of the show is Nigel Hook’s adaptable set design which treads a fine line between genuine disaster and orchestrated chaos. Looking uncannily like the set from Agatha Christie’s MOUSETRAP, Hook’s ingenious set delights as it begins to fall apart, sometimes dramatically so, to hilarious effect. 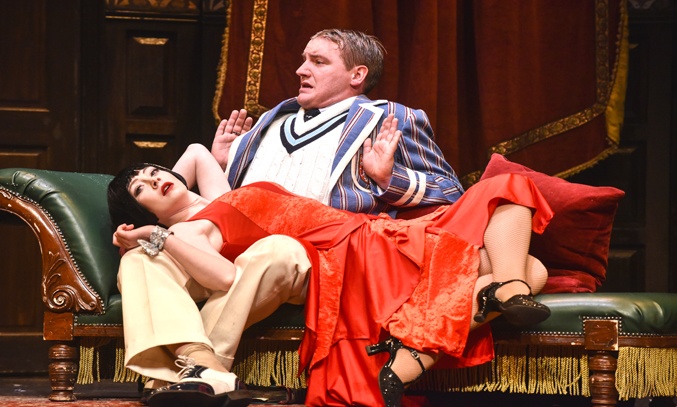 While some of the running jokes are a tad laden and the dispute between Annie (Catherine Dryden) and Sandra (Elena Valentine) who insist on playing the same character on the same stage at the same time, begins to wears a little thin, the technical triumph of the set, the acting and the sharp writing and direction make THE PLAY THAT GOES WRONG physical, slapstick comedy at its best and the chaotic crescendo is sure to leave you breathless.

If you like your comedy perfectly timed, exquisitely executed and deliciously daft, you’re sure to enjoy THE PLAY THAT GOES WRONG. An absolute masterclass in good old British comedy.

THE PLAY THAT GOES WRONG runs at Opera House, Manchester until 30 June 2018.