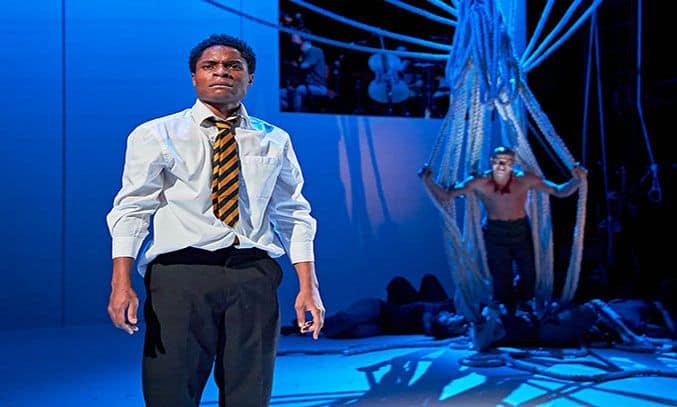 I’ve never read Patrick Ness’ bestseller A MONSTER CALLS or seen the hit 2016 film starring Sigourney Weaver and Liam Neeson, so when Sally Cookson’s critically acclaimed stage adaptation announced it was heading out on a new UK tour, I snapped up the chance to see this Olivier award-winning production.

A MONSTER CALLS tells the story of 13-year-old Conor who is bravely trying to cope with his mother’s aggressive cancer. Vulnerable and isolated, Conor is bullied at school by day and plagued by horrific dreams by night, until one evening, he is woken by something at his window. A monster has come walking and has come to tell Conor tales from when it walked before. When it is finished, Conor must tell his own story and face his deepest fears. 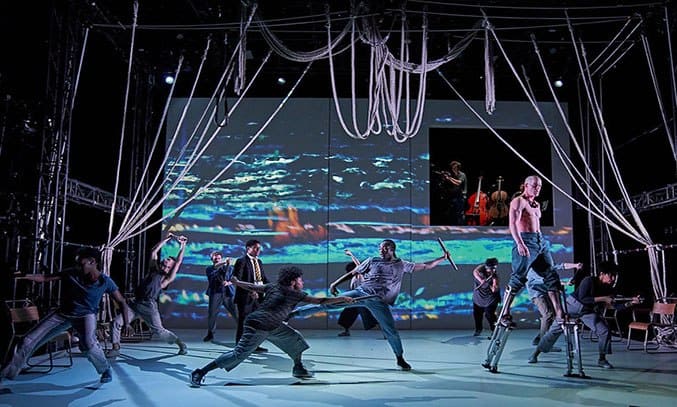 With its stark white walls, bare floor and minimal props, you’d be forgiven for thinking that A MONSTER CALLS is going to be a stripped-back piece, but it soon becomes apparent that is this so more. Michael Vale stark set provides perfect backdrop for this emotional, thought-provoking and inspiring story, which is built to support cunning use of Dick Straker’s immersive projections and Aideen Malone’s innovative lighting, transforming this space into a dark fairy tale forest.

This is more than just a play – it’s a performance art piece, a high-wire circus, a sublimely choreographed ballet and a stunningly scored concert, all in one. Benji Bower’s score with its throbbing electronica and haunting synthesised vocals acts as a character in itself, heightening the emotions being played out on stage.

The best of spectacle comes from the manifestation of the ancient gnarled yew tree, played by Keith Gilmore, who is excellent as the booming and menacing monster, ingeniously supported by the rest of the cast, who use dozens of suspended rigging ropes to help him move and glide around the stage. 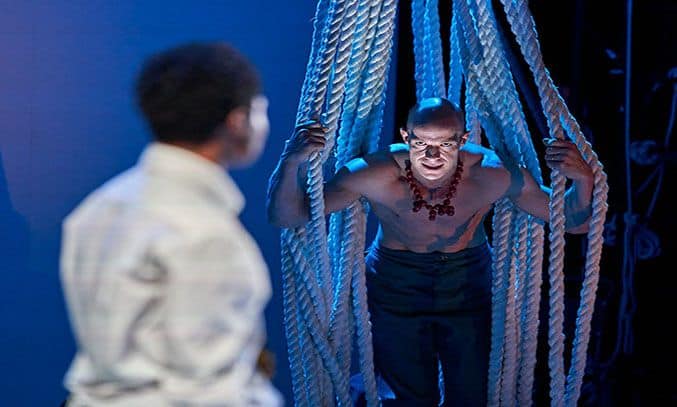 All of the cast are excellent here, particularly Ammar Duffus as Conor, the young boy forced to grow up too fast by events beyond his control and understanding. Maria Omakinwa is equally outstanding as his mum, a woman bravely hiding her own pain and fears to protect her child.

Despite its slow start, this is a piece which successfully builds in in intensity and while it deals with some heavy themes, they are deftly handled by the cast and creative team, its heart-breaking finale bringing both relief, as well as tears, as reality hits home.

Weaving fables and legends with the harsh realities of life, A MONSTER CALLS is a dazzling insight into love, life and healing. A stunning production not to be missed.

A MONSTER CALLS runs at The Lowry, Salford until 29 February 2020.