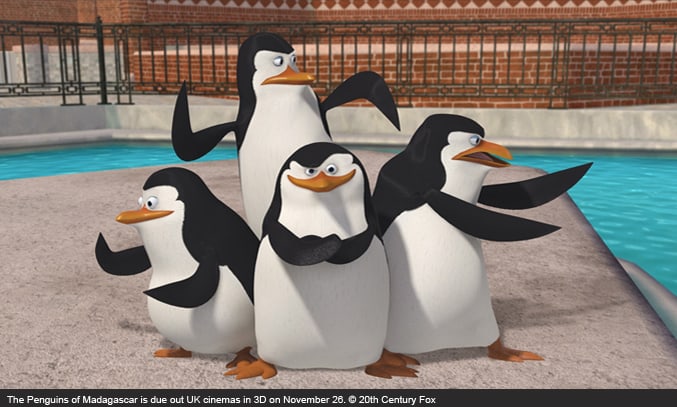 The first official trailer for the Penguins of Madagascar has been released by DreamWorks and 20th Century Fox, featuring an all-star cast including Benedict Cumberbatch and John Malkovitch.

The new animated film, which is due in cinemas in time for Christmas, is a spin-off from the popular Madagascar series and is tipped to be one of the blockbusters of the year.

The Penguins of Madagascar hits UK cinemas in 3D on November 26.