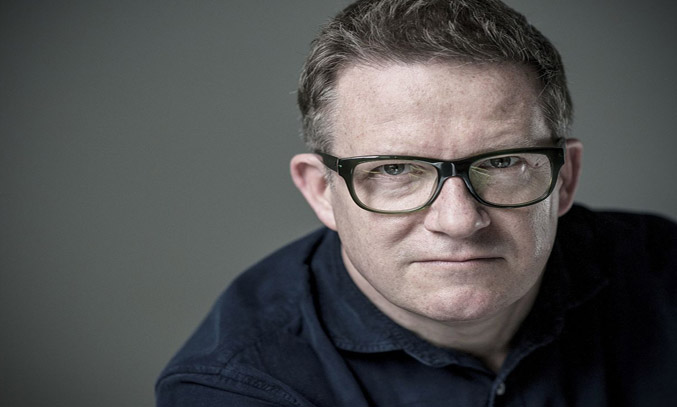 Packed with drama and emotion, Matthew Bourne captures the essence and power of young love and passion in his latest production. In this interview, he tells John Bultitude about his interpretation of Shakespeare’s timeless play ROMEO AND JULIET, his drive to engage and support young talent, and how his energy and excitement when creating work is as keen as ever.

Shakespeare’s classic tale of star cross’d lovers has inspired the creative community for generations. The tragic and passionate love story set against the conflict of two divided families has spawned countless plays, musicals, operas and songs.

For the world-renowned and respected choreographer Matthew Bourne, ROMEO AND JULIET was actually inspired by who he would work with rather than just the story. He explained: “I avoided doing it for years as I think it was something everyone expected me to do and it had been done in so many different ways in so many different mediums. I thought it would be hard to find a new way into it which is something I always search for.

“The thing that really made me want to do it was the opportunity to work with young people. It is a story about them and young love. I got even more excited when it was suggested we cast it with young people and work with young creative associates in all the different departments of the show alongside my usual world-class team. It is all about nurturing them and telling the story.” 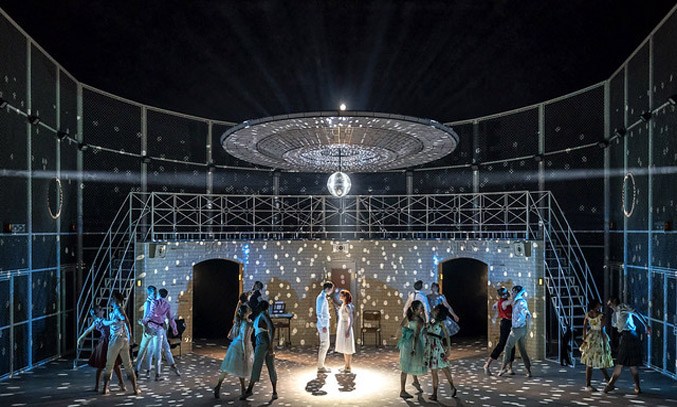 ROMEO AND JULIET’s plot also lends itself to choreography because of its themes. Matthew said: “Dance is very good at extreme emotions, and ROMEO AND JULIET as a story is certainly full of those. It has passion, love against the odds, and several extremes of murder and violence. It is all those big emotions. Shakespeare captured it very well. Young people are very hot-headed and react very quickly to things.

“One thing I have tried to bring out is that when young people first fall in love and feel that passion, they really go overboard in many ways. I often think about how classical ballet handles this and how the young girl gets very excited by a kiss on the cheek. Young people today, if they are into each other, are kissing until their mouths are sore. I have tried to capture that intensity.”

“It is also set a little way into the future, but it is not futuristic. It is a time when society is frowning on young people having an excess of feeling and emotion which sends them off on the wrong tracks as far as society is concerned. I got the idea from Arthur Laurents, the co-creator of West Side Story, who was asked why the young people in it are violent and act the way they do? He said they have too much feeling and they need to find a way to release it. I thought that was an interesting way into the story and very true. It made me go in the direction I went in.”

One of this country’s best-known directors and choreographers, Matthew has been creating dance for over 30 years for musicals, theatres and film as well as his own New Adventures company which boasts a list of hugely successful productions including the iconic SWAN LAKE, EDWARD SCISSORHANDS, RED SHOES and PLAY WITHOUT WORDS.

For ROMEO AND JULIET, Matthew has once again gathered his trusted creative team around him including associate artistic director Etta Murfitt, set and costume designer Lez Brotherston and lighting designer Paule Constable to add their skill, knowledge and talent to the production to both cushion and push him as he brings his interpretation of the Bard’s work to life. Matthew said: “They know me well enough to question me on what we are doing, whether it works, and they will suggest things too. Sometimes a new creative team are a bit nervous about coming forward with their suggestions when they are working with someone like me who has been in the business for a long time. It is nice to work with a team who don’t have a problem with that.” 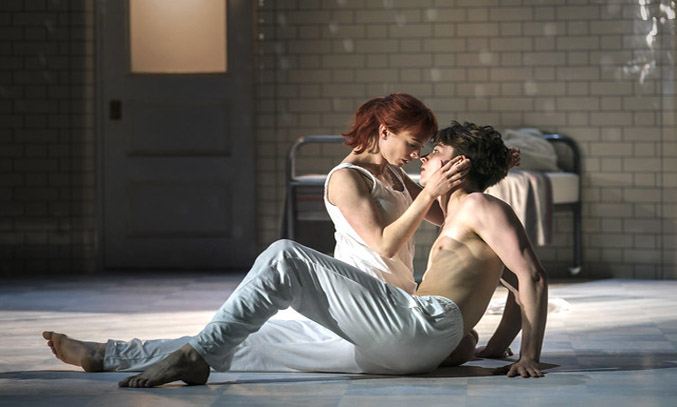 Also, part of the team is the composer Terry Davies, another long-term collaborator of Matthew’s who had the job of adapting Prokofiev’s music for this production. He said: “While it is wonderful and big and lush for big opera-house productions and suits that style of production, I wanted something a bit more earthy and a bit more quirky. We nervously went to the Prokofiev Estate and asked them if we could do a new arrangement. It would be very faithful to it and it is only 15 musicians who multi-task and play lots of different instruments. It is quite rare for us to take an orchestra out on tour with us. It is sounding wonderful and I hope the Prokofiev Estate are happy. It is a very recognisable score and that is really the script that we work with.”

But that ability to feature and engage with young people is as key to this production as the Montagues and the Capulets. At each venue, six fast-emerging dancers (three male and three female) have been chosen to perform on stage alongside the professional company. After a series of auditions around the country, this highly-talented half-dozen gets the opportunity to be part of a world premiere tour surrounded by the professional company. “They are an integral part of the show. They are not token appearances. They’re part of the main company,” he said.

In addition, a team of young associates have been appointed to work within each creative arm of the project including lighting, sound, orchestration and costume. It is happening with the choreography too, with Matthew being joined by Arielle Smith. “She is wonderful. Not only is she a great up and coming talent but I get on with her very well. We have a laugh. With such an enormous age difference between us of around 30 years, she is like a mate and she is incredibly mature for her years in terms of the way she has handled the whole process and there is a lot of her and her work in it. She is not standing by my side watching me work. She is taking rehearsals, creating movement for the show and she has been great. I hear from the other creatives that they are enjoying working with their associates as well. We have all been getting together and thriving with this opportunity,” he said. 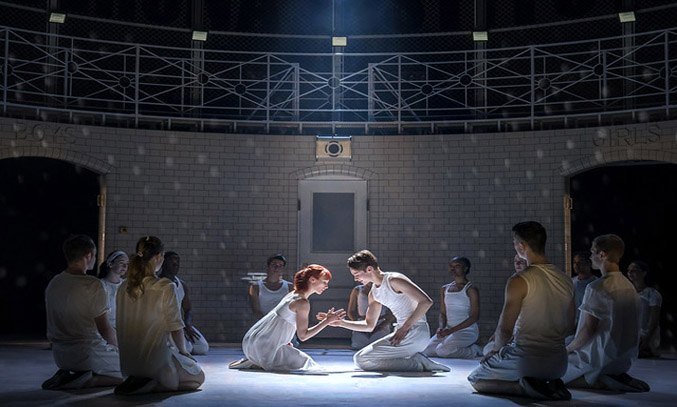 It is a similar model to the Lord of the Flies tour where Matthew and his team gave the opportunity for young men who were interested in dance to be part of the professional production alongside his New Adventures company of professional performers which has generated its own success stories. Three of the young Lord of the Flies were cast for ROMEO AND JULIET, while others are part of his SWAN LAKE 2019 company. “They have gone through several programmes that we have to nurture young British-trained dancers. We are very proud of those young guys and we hope that this time we will bring some women into the fray that we have nurtured so there will be even more people who started in Lord of the Flies or ROMEO AND JULIET that will hopefully come back into the company,” said Matthew.

And with four major productions this year plus a Special Award at the Olivier’s for services to dance, 2019 is proving to be quite a year for Matthew. He recalled: “It has been amazing. SWAN LAKE coming back is always a thrill because it does introduce so many more people to dance and to our company. It always has an incredible effect on audiences around the country and our casts are so devoted to it.

“In the middle of all that, getting the Olivier Special Award right in the middle of creating a new show was rather good because the award can feel a bit like it is the end of your career and people are saying ‘Thank you, Please Stop.’ It felt great to be in the middle of a new creation like Romeo and Juliet. It was about the past and about the future at the same time.”

And he is feeling very positive about his Shakespeare-inspired production. He admitted: “What started out as being quite a scary project involving so much untested talent and young people that I didn’t know very well has ended up being rather an exciting new show.”

For Matthew and all the team connected with it, the passion and excitement are every bit as strong as the passion that binds the two young characters at the heart of these exciting and explosive performances.

Matthew Bourne’s ROMEO AND JULIET will be at The Lowry from Tuesday 11 – Saturday 15 June.